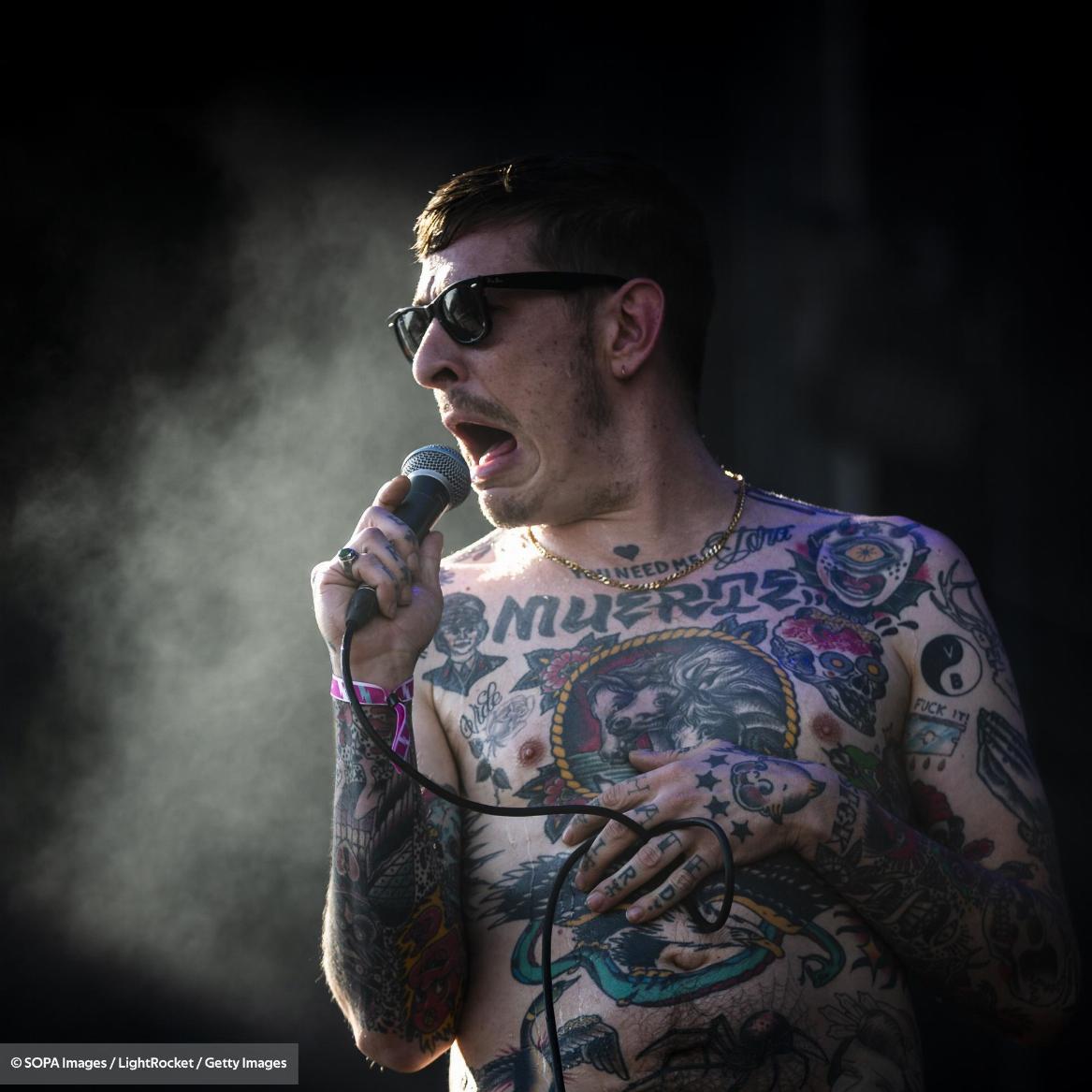 You should listen to Viagra Boys. They use saxophones and synthesizers in an un-ironic way, and it sounds refreshingly punk rock. I’m gonna venture to say that the saxophone hasn’t been cool like this since the Stooges (don’t even talk to me about Morphine, for all the benefits of their music, that shit was not punk rock). Even better than reading this blog post though, you should just watch this video. Then when people ask you how you found out about your new favorite band – you can say you found out about them from me.

If you must, I write a bit more about them after the jump.

Finding cool music that my friends don’t know about makes me feel cool. Yeah, it’s petty, but it’s my truth so I’m gonna own it. Even though it’s actually not all that hard to do these days. Because my friends, most of them anyway, aren’t that cool. Also they (and me) are old, so nobody listens to us anyway.

Often I’ll pshaw myself before I even start writing about a band, because inevitably – as an old guy – I’m late to the party. It’s too late! I think, everyone already knows about these guys. It’s an understandable impulse, but whatever, I need the writing practice. I haven’t put up a blog post in forever, besides, I’ve been talking about the Viagra Boys to whoever would listen for years now, so why not do it here? And here’s where shit gets really petty, because you know what’s even better than discovering a band? It’s when a band that’s already on your radar drops an epic, just fucking devastating record that completely justifies your prior positive opinion of said band. You feel cool for knowing about them before everybody else. You win! Even if you’re the only one that knows you knew that shit.

Such is the case with Viagra Boys’ and their newest record “Welfare Jazz.” It came out earlier this year, but like I said, I’m just working the kinks out now. Nothing has made me more confident of the fact that I have good taste than spotting this shit ahead of time. I knew it was gonna be tight. I haven’t felt this cool since I pegged “the Fall” as my favorite band, back when I was like 16 years old (in the 80’s no less!). By the way, I backed up that claim by going out to see the Fall live at least 8 times in my youth, so I guess I’m gonna have to leave the house to see Viagra Boys too.

Which is a big deal because I don’t go out much any more.

Anyway, when I first got served a Viagra Boys tune on my Spotify, I immediately laughed at the name. Boys that need Viagra! That’s hilarious! When I heard the “Call of the Wild” single I pictured some limp dick Orange county old-before-their-time hardcore outfit – something like a cross between Bad Religion, Blink 182 and Wavves maybe – a group of grizzled oldsters that thought it would be funny to include saxophones in the mix. I didn’t really investigate until the album “Street Worms” came out. And then I saw the hilarious video for Sports. Only then did I discover that they are Sweedish! Immediately the humor quotient goes through the roof. There’s something greatly (near-geniusly) comedic about producing thrusting masculine rock music with saxophones and calling yourselves the Viagra Boys. And then to top it off you go and be Swedish? You can get away with so much more cultural appropriation when you are Swedish! If they were American, they’d be assholes! The lead singer, Sebastian Murphy with his face tattoos that don’t immediately make sense (commitment), pot-belly (more commitment, sense of humor, lack of vanity) and Adidas track pants (a touch of the Slav maybe? or perhaps American hip-hop?) is a walking contradiction. He’s also a blast to watch!

Anyway, Welfare Jazz, like their previous album, Street Worms is a blast. This band is something I like. You can listen to the whole record straight through, which is exceedingly rare these days. I think you should like this band too. Make them rich! They deserve it.

Logline – a day after I put up this post: I’ve watched a couple of interviews with the band now and from this small amount of research I’ve discovered that Sebastian Murphy is at least half-American, whatever that means. He sort of sounds American when he speaks, so my idealization of the Swedish aspect of this band, of their humor was perhaps misplaced. Oh well. It doesn’t matter. Nobody’s gonna read this anyway – but it doesn’t diminish my respect for the band one iota. This shit is funny and it’s rockin’. Love Viagra Boys. Keep up the great work young men.